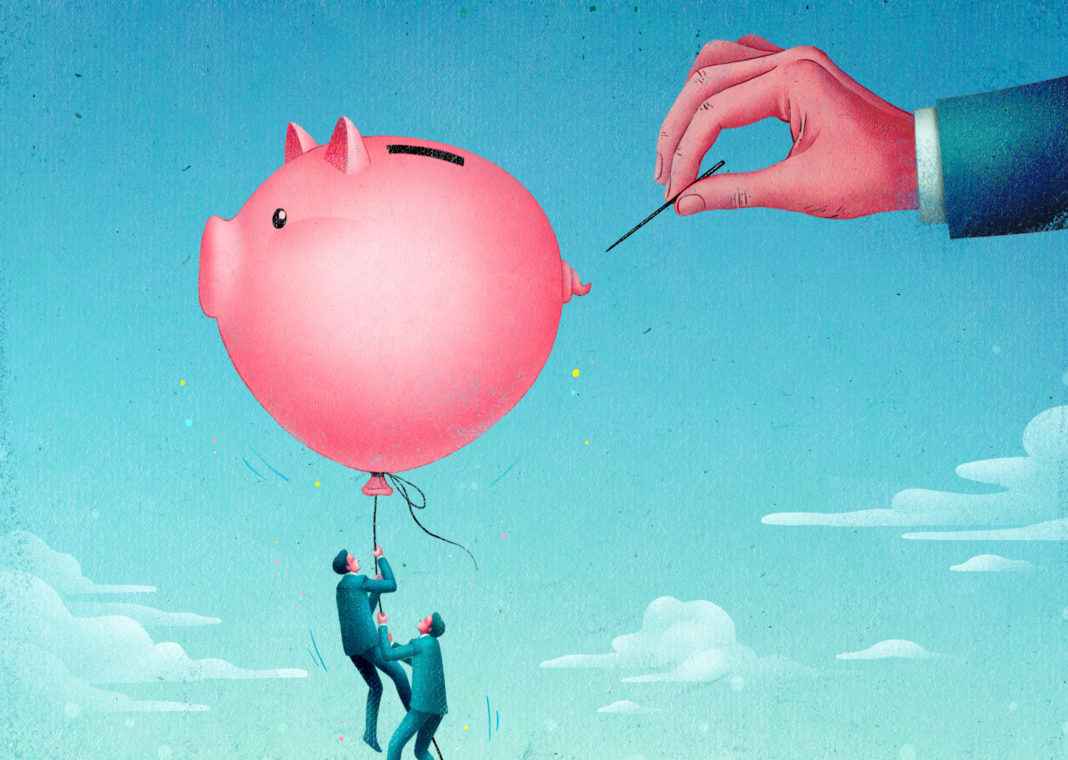 Thirty-nine million Americans work for an employer without a payroll-deduction retirement savings plan, and many of them are saving little or nothing. In the absence of a federal plan for this problem, states including California, Connecticut, Illinois, Maryland and Oregon have taken it upon themselves to create their own solutions.

This flurry of state-level innovation might be cause for celebration, except for one major impediment: Congress may kill the nascent plans. Why? Republicans, who typically call for less regulation, say the state programs won’t be sufficiently regulated. You can’t make this stuff up.

The backdrop behind this battle is the long struggle that many Americans — even those with workplace retirement plans — are waging to save money. Some people fail to join their company’s plan, or if they join, they save too little.

The good news is that by using behavioral economics, we know how to fix those problems: While giving workers the ability to opt out from these arrangements, automatically enroll them in a plan and increase contributions over time, and offer a sensible low-cost default investment fund. All of that makes saving easy and increases workers’ savings rates substantially.

I’ve written about these issues extensively, including in the book “Nudge” with Cass Sunstein, a Harvard law professor. Most large companies now incorporate these features, so there is hope things will improve for many people.

But those whose employers offer no plan are at greater risk. This is the situation for 60 percent of workers in the bottom quarter of the income distribution. Many of them work for smaller firms that don’t offer their employees a 401(k) or any other plan.

This is another problem we know how to mitigate using behavioral principles utilizing individual retirement accounts instead of 401(k)s. A 2006 proposal by the Brookings Institution and the Heritage Foundation suggested a basic format for such plans, called the “Automatic I.R.A.” The idea is to create a program to make things as easy and inexpensive as possible for both employers and workers.

Basically, firms of a certain size that do not offer a retirement plan would have to enroll their employees in I.R.A.s, allowing them to opt out, of course. The government would engage private-sector portfolio managers to manage the money, and by pooling contributions, fees can be kept low. Britain has rolled out a similar plan over the past few years that is working well — fewer than 10 percent of workers are opting out. New Zealand has had a similar plan since 2006.

The Obama administration included a proposal to create such a program throughout the United States in each of its annual budgets, but it stalled in Congress. As a result, the states have begun to create their own automatic I.R.A. programs. There is a catch, though. Because the new plans are based on I.R.A.s, which haven’t traditionally been part of workplace plans, the states asked for guidance from the Labor Department. They sought to confirm that employers offering I.R.A.s under the states’ programs would not be subject to the requirements of the Employee Retirement Income Security Act (Erisa) and that the state programs themselves would not be seen as attempting to circumvent Erisa. Erisa imposes safeguards, including the requirement that employers meet their fiduciary responsibility to run retirement plans in the best interest of their workers.

The department spent more than a year studying the issue, proposing rules, studying public comments and issuing final regulations in 2016 that accommodated the state plans. In a tiny but crucial change, the new rules said the state plans merely had to be “voluntary” as opposed to “completely voluntary,” the requirement for traditional I.R.A.s used in a workplace setting. This shift made it possible to offer the essential automatic enrollment provision, which nudges people to save, and only requires an active choice for those who do not wish to save. Alternatively, where workers have to go out of their way to sign up to save, usage is low, especially for I.R.A.s. The states planning to start their own plans were happy, and other states have been expressing interest in following suit.

Yet some Republicans in Congress are now trying to override the new rule.

Their tactic uses the obscure Congressional Review Act, which allows Congress to undo recent regulations with a simple majority vote in the House of Representatives and the Senate. By rule, they must do so within 60 “Congressional days” of the issuance of a regulation, defined as days that Congress is in session. The House has already passed a resolution of disapproval revoking the new rules, but the Senate has not yet taken up the issue.

This is odd, considering that giving more power to the states is a traditional Republican mantra, often mentioned as part of plans to replace the Affordable Care Act with local alternatives. What’s more, helping people save used to be an issue with bipartisan support. The federal Pension Protection Act of 2006, which had wide support from both parties (and from me, too), included rules that encouraged employers to adopt automatic enrollment and automatic savings increases, with opt-out provisions.

Yet in a news release and op-ed piece in The Los Angeles Times, the sponsors of the move to stop the state plans in the House, Francis Rooney, a Republican from Florida, and Tim Walberg, a Republican from Michigan, described the Labor Department’s rule as a “last-minute regulatory loophole.” That’s an interesting choice of words: The rule took about two years to complete.

The news release says “hardworking Americans could be forced into government-run plans,” failing to recognize that automatic enrollment includes an easy way to opt out at any time. It works very well for millions of people in 401(k) plans.

Another claim (without any supporting evidence) is that these state plans will discourage firms from offering their own retirement plans. Of course, that is possible, but most successful businesses eventually offer a 401(k) plan because it can allow for employer matching funds and has much higher contribution limits than I.R.A.s, both attractive features for people in top management.

The congressmen also say that the states cannot be trusted to administer the new programs. Certainly, many state-sponsored defined-benefit pension plans have been inadequately funded. However, it is misleading to conflate underfunded defined-benefit plans with I.R.A.-based plans that would be fully funded by employee contributions held by private-sector custodians. States have long administered college saving 529 plans, which have some similar features, without any crises of which I am aware.

The savings plan issue will soon come before the Senate. If it votes to override the rule using the strategy made possible by the Congressional Review Act, the state plans will be blocked and the Labor Department will be forbidden from considering new versions. Legislators can help Americans save for retirement by simply doing nothing.

One could plausibly argue that these savings plans should be national in scope, and not relegated to the states. If that is the reasoning, the Senate would be better advised to enact legislation enabling a national automatic I.R.A. program. Furthermore, if states are not capable of administering a plan as simple as this, what can be the wisdom of handing off to them a much more complicated problem such as health care, as many Republicans in Congress have proposed?