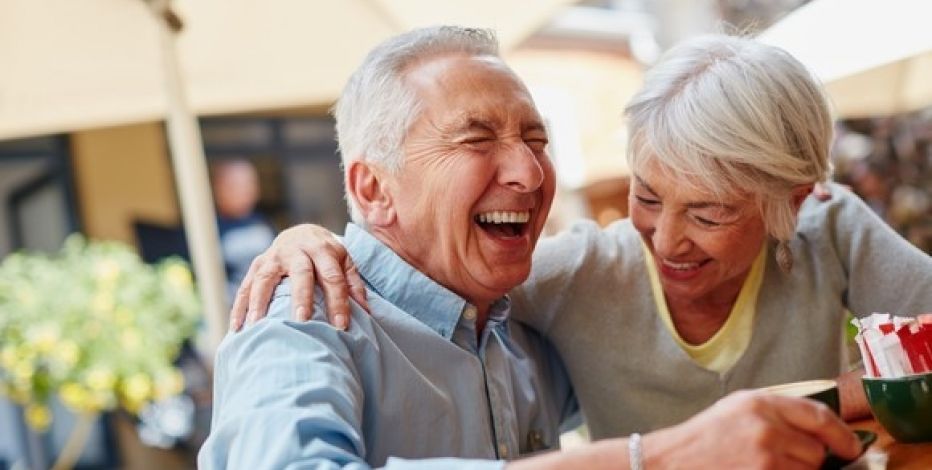 Worried about retirement? You’re not alone. A large number of workers nearing the end of their careers are learning the hard way that retirement is expensive and that most older Americans simply aren’t prepared. If you’re thinking of retiring in the not-so-distant future, here are a few facts you should be aware of.

According to a report by the Economic Policy Institute (EPI), the average household aged 56-61 has amassed a $163,577 nest egg. But while that number might seem encouraging, it’s actually pretty scary. Over the course of a 20-year retirement, $163,577 amounts to just $8,178 a year, or $681 a month, of income. Granted, this number doesn’t take investment growth during retirement into account, but it’s glaringly small nonetheless. Furthermore, while $163,577 represents the average savings among baby boomers nearing retirement, the median savings for that age group is just $17,000, which means a large number of workers have far less than the average.

2. A Frightening 41% of Baby Boomers Have no Retirement Savings at all.

Here’s another alarming statistic from the EPI: An estimated 41% of households aged 55-64 have no retirement savings at all. And clearly, their older counterparts didn’t do a much better job of saving, either. An estimated 21% of married Social Security recipients and 43% of single recipients 65 and over rely on their monthly benefit checks to provide at least 90% of their income, which is far more than what the average worker should expect out of the program.

Workers who plan to fall back on Social Security are often less motivated to save for retirement on their own. But those monthly benefit checks aren’t nearly enough to help the typical retiree pay the bills. Currently, the average beneficiary gets just $1,360 a month in Social Security payments, which equates to an annual income of $16,320. One thing you should know about Social Security is that it’s only designed to replace roughly 40% of the average worker’s pre-retirement income, and as you’ll see in an upcoming point, that’s hardly enough to live on.

Forget about saving enough for a 20-year retirement. Seniors are living longer these days, and with that comes the need for additional savings. According to the Social Security Administration, one out of every four 65-year-olds today will live past the age of 90, while one out of 10 will live past 95. It’s no wonder 60% of baby boomers claim they’re more afraid of outliving their savings than actually dying.

5. Almost Half of Retired Households Spend More Money, Not Less, in Retirement.

Many older Americans bank on their expenses going down in retirement, and while some seniors are perfectly comfortable living on 70% of their previous income, almost half of retirees wind up spending more money once they stop working, not less. The Employee Benefit Research Institute (EBRI) reports that 46% of retired households increase their spending during the first two years of retirement, and for 33%, this pattern continues for six years. And it’s not just wealthy retirees who take the opportunity to indulge. The EBRI found this data to be consistent across all income levels.

6. Healthcare will Cost the Average Healthy Couple $377,000 in Retirement.

If that number sounds too high to be true, think again. HealthView Services, a provider of healthcare cost-projection software, released a report last year stating that when you factor in the typical out-of-pocket costs not covered by Medicare, like dental and vision services, the average healthy 65-year-old couple today is looking at $377,000 in healthcare costs in retirement. Reading between the lines, if your health isn’t great or you have a known medical condition, you could spend even more. Not only that, but that $377,000 figure doesn’t even take long-term care costs (such as for nursing homes) into account. Ouch.

Some people think they can get away with less income in retirement because they won’t have a mortgage to worry about. But that’s far from a given. In fact, an increasing number of seniors are entering retirement saddled with mortgage debt. The Consumer Financial Protection Bureau reports that 30% of homeowners 65 and older (roughly 6.5 million people) still had a mortgage back in 2013, up from 22% 12 years earlier. Meanwhile, Federal Reserve data shows that 21% of seniors 75 and over continued to carry mortgage debt in 2011, up from 8% a decade prior.

8. More Than 25 Million Seniors Live at or Below the Poverty Line.

Relying too heavily on Social Security in the absence of independent savings comes at a price. Rising medical costs, housing expenses, and mounting bills leave many retirees in a state of perpetual financial vulnerability, and over 25 million older Americans are currently living at or below the federal poverty level as a result.

There’s a reason a growing number of seniors are working longer and retiring later. Given the cost of retirement and the aforementioned collective lack of savings, many have no choice but to extend their careers in an effort to sock away extra money and stretch their existing nest eggs. According to a recent study by human resources consulting firm Willis Towers Watson, almost 25% of Americans think they won’t be able to retire until age 70 or older. Even worse, 5% don’t think they’ll ever manage to retire at all.

Let’s end with some positive news. In a recent Transamerica study, 90% of retirees said that they’re enjoying their lives despite the financial challenges retirement typically presents. What this tells us is that if you’re among the countless older workers who are behind on savings, you don’t need to resign yourself to an unsatisfying, impoverished retirement. Rather, you can take steps to work around your circumstances and adjust your expectations. That might mean downsizing your living space in retirement, moving to an area that’s more affordable on a whole, or working part-time to generate added income. If you’re willing to make compromises, you can enjoy a fulfilling retirement and learn to live on less.

One final point you should take away is this: If you are willing to extend your career and focus on your savings, you can change your financial picture in retirement so you’re more comfortable and less stressed. Workers 50 and over can currently contribute up to $6,500 a year to an IRA and $24,000 a year to a 401(k). Maxing out either limit could really work wonders for your nest egg, so even if you’re behind on savings, all is not officially lost.