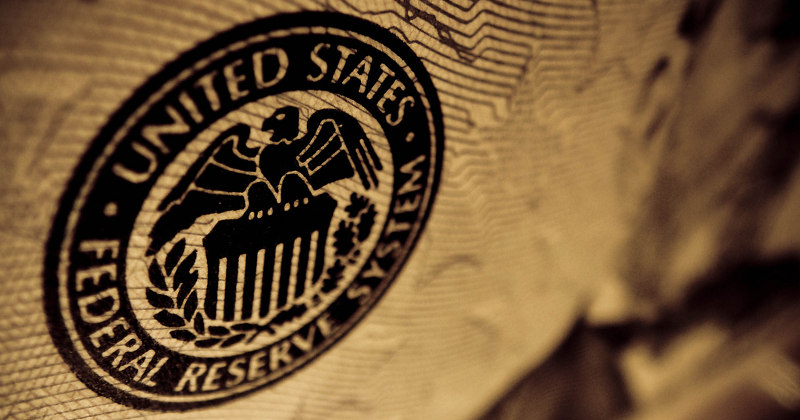 Historically most recessions in the US are preceded by significant declines in the differential or interest rate spread between the 10-year T-bond and the 3-month Treasury security.

Typically, this narrowing in the spread occurs many months before the onset of the recession.

Conversely, the widening in the spread occurs many months before the beginning of the economic recovery.

What is the reason for these changes in the interest rate spread?

The most popular explanation of the factors that determine the shape of the yield curve is provided by expectation theory (ET).

According to ET, the key to the shape of the yield curve is that long-term interest rates are the average of expected future short-term rates.

Hence we see a fall in short term yields and a rise in long term yields — an upward sloping yield curve emerges.

Conversely, an economic slump is associated with falling interest rates. Thus, whenever investors expect an economic slowdown or a recession they will also expect a decline in short term interest rates. Consequently, they will shift their money from short-term securities towards long-term bonds. As a result the selling of short term assets will result in a fall in their prices and a rise in their yields. A shift of money towards long term assets will result in the increase in their prices and a decline in their yields.

Shape of the Yield Curve in an Unhampered Market

In his writings, Murray Rothbard argued that in a free, unhampered market economy an upward sloping yield curve could not be sustained for it would set in place an arbitrage between short and long term securities.

Similarly, Ludwig von Mises concluded that in a free, unhampered market economy the natural tendency of the shape of the yield curve is neither towards an upward slope nor towards a downward slope but rather towards flattening.

On this Mises wrote,

“The activities of the entrepreneurs tend toward the establishment of a uniform rate of originary interest in the whole market economy. If there turns up in one sector of the market a margin between the prices of present goods and those of future goods which deviates from the margin prevailing on other sectors, a trend toward equalization is brought about by the striving of businessmen to enter those sectors in which this margin is higher and to avoid those in which it is lower. The final rate of originary interest is the same in all parts of the market of the evenly rotating economy.”

Following Mises and Rothbard we suggest that in a free, unhampered market economy a prolonged upward or downward sloping yield curve cannot be sustained.

What then is the mechanism that generates a sustained upward or downward sloping yield curve?

Mises and Rothbard have concluded that this must be the result of the central bank tampering with financial markets by means of monetary policies.

While the Fed can exercise control over short-term interest rates via the federal funds rate, it has lesser control over longer-term rates. In this sense long-term rates can be seen as reflecting, to a greater degree, the underlying time preferences of individuals.

The Fed’s monetary policies disrupt the natural tendency towards uniformity of interest rates along the term structure. This disruption leads to the deviation of short-term rates from the natural rate (i.e., from individuals’ time preferences as partially mirrored by the less-manipulated long-term rate).

When the Fed lowers the policy interest rate target this almost instantly lowers short-term interest rates, whilst to a lesser degree affecting longer-term rates. As a result, an upward sloping yield curve develops.

Conversely, when the Fed reverses its stance and lifts the policy interest rate target this lifts short-term interest rates. As a result, a downward sloping yield curve emerges.

As a rule Fed policy makers decide about their interest rate stance in accordance with the observed and the expected state of the economy and price inflation.

Whenever the economy is starting to show signs of weakening whilst the rate of increase of various price indexes start to ease, investors in the market begin to form expectations that in the months ahead the Fed is going to lower its policy interest rate.

Conversely, whenever economic activity shows signs of strengthening, coupled with a rise in price inflation, investors’ in the market start to form expectations that in the months ahead the Fed is going to lift its policy interest rate.

With respect to a downward sloping yield curve we have explained that it emerges as a result of investors’ expectations of a tighter interest rate stance by the central bank. These expectations are then followed by the central bank actually raising the policy interest rate. Again, this is contrary to the ET framework where the downward sloping yield curve emerges on account of investors’ expecting a decline in short term interest rates.

Whenever the central bank reverses its monetary stance and alters the shape of the yield curve it sets in motion either an economic boom or an economic bust.

However these booms and slumps arise with lags — they are not immediate. The reason for this is the fact that the effect of a change in monetary policy shifts gradually from one market to another market, from one individual to another individual.

It is this gradual migration and increase in the effect of a change in monetary policy that makes the change in the shape of the yield curve a good predictive tool.

For instance, during an economic expansion, if the central bank raises its interest rates and flattens the yield curve, the effect is minimal as economic activity is still dominated by the previous easy monetary stance. It is only later, once the tighter stance begins to dominate the scene, that economic activity begins to weaken.